Combining vices such as gambling and drugs is one thing. A former gambling hall in England as taken this popular concept to an extreme. As reported a few months back on www.bbc.com, a cannabis farm was found at Gala Bingo Hall. The facility is located in Kettering.

Backed by several pictures, this story unfolded as a very sophisticated operation. The pot farm was found inside the former High Street bingo hall. The expansive growing operation consumed all four corners of the old Gala Bingo Hall property.

At the scene, local authorities discovered numerous lines of marijuana plants. They also discovered an elaborate hydroponic cultivation system on site. This includes set light fixtures and other equipment commonly used in the growing process. The farm was discovered during a planned raid on the building. It was conducted by the Northamptonshire Police Department.

Estimates of the size of the farm were broken down in product value. It was estimated that it could produce of to 2.8 million in pounds each year. After the discovery, the police first made sure all the electronics were made safe. They then proceeded to remove more than 2000 marijuana plants from the old bingo hall.

This was just one of the several stories on the BBC news site pertaining to cannabis seizures this year. Earlier in the year, authorities discovered a factory with close to two million pounds worth of pot. It was being grown at a disguised airfield. Cambridgeshire police confiscated around 2,200 marijuana plants at this location. The raid was planned after suspicious activity was reported.

Amazingly enough, this seizure took place just two days after a raid at a separate factory near the same airfield. Police discovered plants with a street value of 150,000 pounds at this location. Sgt Michael Basford of the Cambridgeshire Police Department was quoted as saying: “This, on top of Monday’s find, has taken a staggering amount of drugs off our street.”

Two men were taken into custody as a result of the latter raid.

Back in March, police in Suffolk discovered a pot farm at the Redgrave Business Centre. The estimated value of this seizure was one million pounds. Two cannabis farmers were found at the site. They were both in the UK illegally and eventually sentenced to 20 months in jail.

The two suspects claimed they were expendable links of a much larger criminal network.

In late May of this year, another pot farm was discovered by local law enforcement authorities. This raid uncovered more than one million pounds (street value) of pot plants found at two Watford warehouses. This time the Hertfordshire Police Department seized more than 1,400 pot plants growing. The raid was conducted after the police were tipped off by an area resident.

It was also discovered that this farm illegally tapped into the area electric supply. This created a potential fire hazard that would result in additional charges. The two people found at this site were treated as victims of modern slavery.

Arnold Cash has been writing about the real money USA online bingo and the American Internet gambling industry for over a decade now. 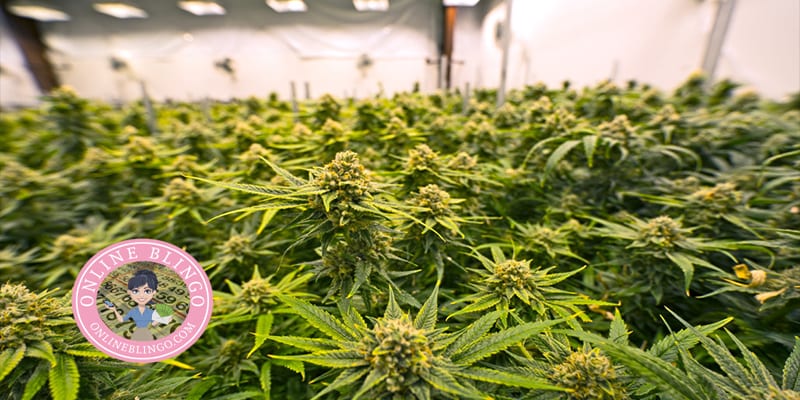