When you think about playing the game of bingo, images of retirement homes, the social halls of churches and other community gathering spots that act as perfect bingo halls come to mind. Some people prefer to play online bingo from the comfort of their own home. What you probably do not think of when it comes to playing bingo is the local police showing up to break up a brawl.

What Caused Full Contact Fight With Bingo Down Under in Dundee?

Earlier this week, Scott Lorimer of the Evening Telegraph recounted the details of a bingo game gone wrong down under in Dundee, Australia last Friday night. Local police had to be called into a Dundee bingo hall after a ‘rammy’ broke out during one of the games. The location of the game was Mecca Douglasfield, and the incident resulted in two groups of players being escorted out of the building following the scuffle.

Two Woman Fighting Over Money From A Bingo Game?

One of the individual accounts of the incident mentioned in this report described two women fighting. A visibly upset player quoted that they saw one woman grab the other woman “by the throat.” One of the most amazing details in the report stated that the bingo caller continued to draw numbers amid the fight between the two groups. One person in attendance stated that everyone in the hall had the look of shock on their faces once the fight broke out and members of each group started taking swings at one another.

An unidentified woman was quoted as saying, “I think it was two groups of three involved and they were quite a few tables apart. There were six of them in total, five women and one man. They were shouting over everything.” She went on to add, “I heard them say to each other ‘come on then’ and ‘let’s take this outside.’ Also, this was when two of the younger women had each other by their throats.

The staff at Mecca moved in to intervene as the fight continued in the middle of the bingo hall. It is still not clear and to what set these two groups off, but one of the witnesses suggested that they did know one another.

Did The Bingo Halls Security Staff Get Them Apart?

The same woman, who wished to remain anonymous added, “The security staff was trying to get them apart. Everyone was up having a look at what was happening, and most had their cameras going. Eventually, they chucked both groups outside…it took them quite a while to get them out. The bingo caller kept calling the numbers even though there was all this shouting and commotion going on.”

Was Mecca Bingo Happy With How The Staff Handled The Fight At The Hall?

The report went on to mention that John Dyson, who is the operations director for Mecca Bingo, was pleased with the way his staff handled the matter. He was quoted as saying, “There was a small altercation at our Dundee Douglasfield club on Friday evening which our team dealt with professionally. No customers or team members were hurt, and the club is not involved in any further action.” In closing, this report also mentioned that Police Scotland was asked for a comment on the matter, but none was given before it went press.

Dave Schwab is one of the top authors at OnlineBlingo.com. He has been an online gambling enthusiast since the Internet was first established and is considered an online gambling expert, especially when it comes to playing online bingo games for real money. 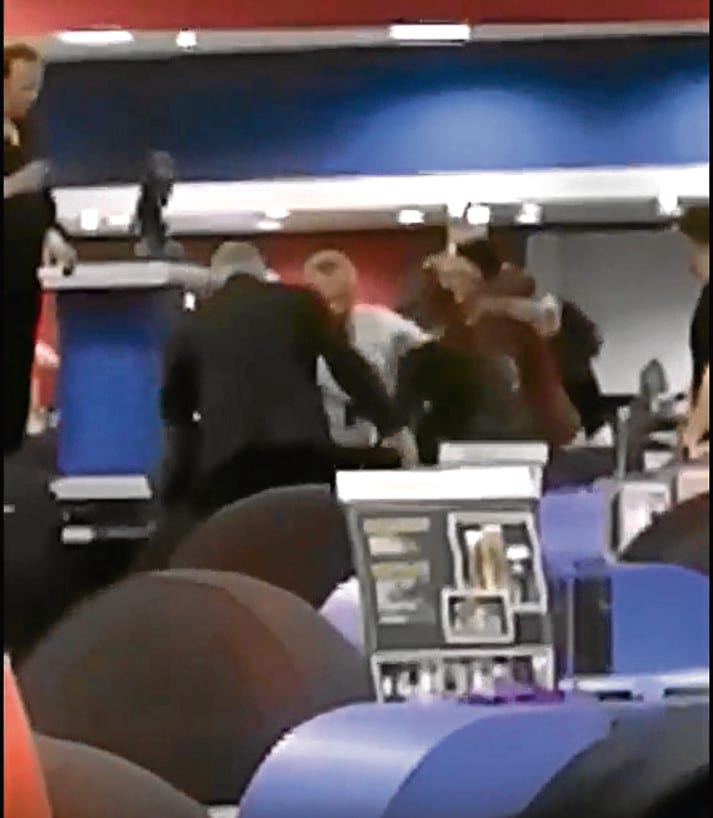 Article Name
Full Contact Bingo Down Under in Dundee | Aussie B-I-N-G-O
Description
When you think about playing the game of bingo, images of retirement homes, the social halls of churches and other community gathering spots that act as perfect bingo halls come to mind. Some people prefer to play online bingo from the comfort of their own home. What you probably do not think of when it comes to playing bingo is the local police showing up to break up a brawl.
Author
Dave Schwab
Publisher Name
OnlineBlingo.com
Publisher Logo

Tagged with: US Bingo News & Gossip